When it comes to dietary dos and don’ts and making sense of health advice it’s hard not to avoid a feeling of nausea, there is just too much of it.  Add to that, the flood of new research we receive every year and it is easy to be confused.  Many people probably block out all the reports and stick to their ‘regular diet’.  Something they know and most likely trust.

But one area where there is no dispute (honest) is when it comes to protein.  Put simply, as you get older you need more in your daily diet.

Seniors, in general, are likely to have more illnesses than younger people. Inadequate protein intake is a major factor that contributes towards a weaker immune system, poorer healing, and longer recuperation from illness.  You may have noticed as you age your skin becomes less elastic and more fragile.

To give you a clearer picture, protein is a vital component of every cell in your body. Protein, fat and carbohydrates are macro-nutrients meaning the body needs a large amount, in relative terms, of them.   Unlike fat and carbohydrates, you cannot store protein so you need to replenish daily.

For a variety of reasons, including poor health, decreased physical activity, and dental issues, aging adults tend to eat less protein than younger adults even though the opposite should be the case.

Researchers have found that seniors whose diets included more protein are less likely to face mobility issues compared to those that had a lower intake of protein.

Not having sufficient protein is closely linked to the loss of muscle strength and functionality.  Some studies have found, roughly half of all seniors are consuming less than their daily recommended amount of protein.

The loss of muscle mass, strength and function is known as sarcopenia.  As we age, the essential amino acids in protein that help our muscle health do not work as well, therefore it is necessary to boost our protein intake to overcome the lack of responsiveness.

While there is no magic cure against aging, a diet that includes a high protein intake can slow down the process.  While a decline in strength is normal, it does not have to be inevitable.

Protein-rich foods are even more important when you are trying to lose weight, recovering from an illness, or about to go into hospital. Researchers found that during those highly stressful periods, seniors are less protein efficient and need to compensate.

It is important not to compare your protein intake with a younger person. You need to take more.

It is also important for older adults to spread the consumption of their protein throughout the day because seniors are less efficient at processing protein.

Medical experts stress, the higher levels of protein are also necessary for seniors who are healthy.

A lack of protein and an increase in a sedentary lifestyle (a regular occurrence for seniors) are major factors that contribute to a senior having to deal with failing health and a loss of independence.

There are plenty of meals offered by Heart to Home Meals that are packed with protein.  The Hearty Beef Stew packs the most with a whopping 36g of Protein. Close behind is the Hearty Hunters Chicken with 33g. If you'd rather a regular portion size then why not try the Chicken Breast with Gravy and Stuffing which contains 28g protein. Or if chicken's not your thing, the Mac, Meat and Cheese is also protein loaded with 27g.

Seniors who make protein paramount are likely to see and feel the benefits.

More about Our Food 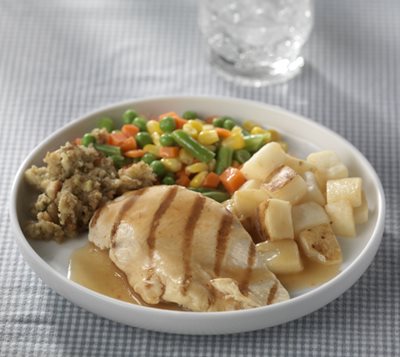 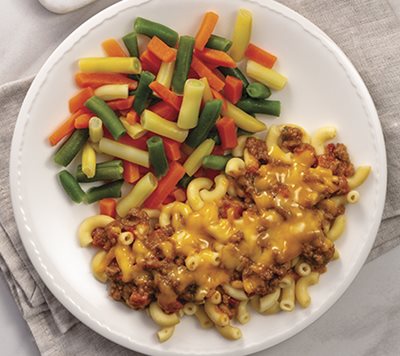 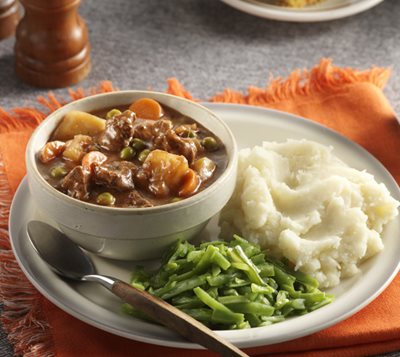 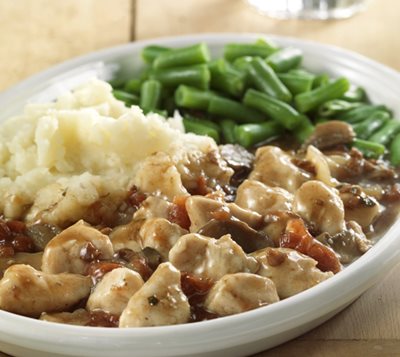 Please enter your full ZIP code so that we can find the Heart to Home Meals outlet nearest to you. You will only need to enter it once, the website will remember it for your next visit!